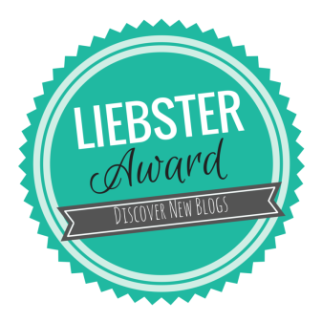 Wow – this is exciting! I was recently nominated by the brilliant A Lazy Girl Goes Green for a Liebster Award. Sadly the award doesn’t come with a cash prize, a sports car or a trip to the Caribbean, but hey…! The point of the award is to introduce people to other blogs with similar themes by responding to some questions posed by your nominee, and then writing more questions for other bloggers of your choosing. Kind of like one of those chain letters that used to go around when I was a kid, only not as sinister.

So without further ado, thank you very much for my nomination Trudi, and here’s my post-awards ceremony (no, there wasn’t actually one of those either!) interview…

1. Who or what inspired you to start your blogging journey?

This is actually the third or fourth blog I’ve had (although the only one I’ve stuck with for any length of time!), so I wasn’t inspired by anything or anyone in particular, it just felt like a natural thing to do as an introvert who likes to write and reflect! Initially I wanted to focus on my experiences of taking Summer 2014 off from work to volunteer. My blog has now developed beyond that… It’s probably got a bit of an identity problem, to be honest, as now I blog about all sorts: food waste, food poverty, cooking, healthy eating and homelessness, as well as the voluntary work I do.

1. Reusable water bottle. I never, ever buy water (total waste of money, never mind plastic/resources) and know the location of drinking fountains all over Heathrow airport! People still look at me suspiciously when I start swigging from my own water bottle in airports or on planes, as I don’t think they’ve cottoned on to the fact that while you can’t take water through security, you can take an empty bottle! In the absence of drinking fountains, cafes will happily top you up; I’ve never been refused yet.

2. A spork. A relatively recent purchase, but one I wish I’d made years ago. No more horrid single use plastic cutlery for me. I’ve taken great delight in telling the person serving me tea on my last three BA flights that I won’t be needing their stupid plastic packet containing a stupid plastic stirrer, (plus giant paper napkin and packet of sugar) because I have my own. I also take my own snacks to avoid eating sugar/crap/processed food – which is another story entirely, of course – but in conjunction with number 1 above does go some way to explaining why I get very, very odd looks when I fly! Try jauntily peeling a banana on a plane and you’ll see what I mean!

3. A foldaway, reusable bag. This one speaks for itself, but the trick is to use it everywhere, not just supermarkets. Even in clothes shops. Yep. You’ve guessed it. More funny looks.

I don’t go anywhere without these items. If they live permanently in your handbag (rucksack, in my case, since I acquired this), you always have them with you, hugely reducing the amount of plastic you use.

3. How do you react when your ethics and beliefs are challenged in a disrespectful way?

This has yet to happen!

I’m struggling to think of one, but it may well be eating a bowl cheesy, ketchup topped potatoes for dinner, which I know does not constitute a healthy, nutritionally balanced meal in any way at all, but it’s my favourite comfort food.

5. How would you define “green living”?

Obviously this means different things to different people, and is a concept that people can adopt to varying degrees. I’d guess compared to a lot of people out there, I’m probably not all that green. However, I’m increasingly trying to live in harmony with the environment around me and to make better choices when it comes to living sustainably. I think all it really comes down to is doing the right thing by the planet in as many ways you can manage as an individual, which sounds incredibly hippy, so I’m going to shut up now.

6. What do you see as your biggest blogging achievement to date?

Erm…being nominated for this award?! For me it’s been an achievement to have blogged for over a year now, as I’m easily bored! The fact that I’m still writing about the things I write about has made me realise I obviously care a lot about them.

7. Name the 5 websites you visit the most

I use BBC Food, BBC Good Food and my recent discovery, Epicurious, as a starting point for recipe inspiration, but I’m really just mentioning those as I’m in denial of the fact that I spend far too much time on Amazon! Right now I’m on the hunt for a dog to rehome, so I’m trawling through cute pictures on websites like the Blue Cross and RSPCA in search of the four legged friend for me!

8. Where in the world would you most like to do a cooking class and why?

After watching a couple of TV programmes on Malaysia recently I’ve developed a real fascination with their cuisine as it’s incredibly varied and being Asian, I’m all about snack-y street food! I’d like to learn how to cook a good laksa, as I haven’t been able to get the flavour quite right at home yet. Saying that, I’d be more than happy to stay here in the UK and do a vegetarian/vegan cookery course. Or something on raw foods. I’m becoming a big fan of eating raw.

9. What still baffles you about the world of green living?

That with so much information available, advertising, campaigns, etc the majority of the British public know and care relatively little about sustainability. And that people think it’s acceptable to throw litter. I have no idea why they do that.

10. If there was one thing you could guarantee all people of the world would commit to in 5 years’ time, what would it be?

I’d like to see a reduction in household food waste. Yes, supermarkets throw away tonnes of perfectly good food, but if everyone did their bit individually, we’d make a huge difference. That being said, the UK definitely needs to adopt France’s recent surplus food legislation. I’d also like there to be a closing of the gap between food waste and food poverty. There are lots of amazing national charities like FoodCycle and The Real Junk Food Project, as well as local ones, that intercept and use surplus food, but I still think more needs to be done. It makes no sense that there are people going hungry because they can’t afford to buy food, when there’s a ridiculous amount of surplus food out there that ends up in landfill.

Phew! I think that’s the closest I’m ever going to get to being interviewed! And now over to my own Liebster Award nominations, which go to:

One thought on “My Liebster Award”